World Class Fishing on the French 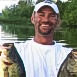 By Leo Stakos
Leo Stakos is the host of a national television series, Fish TV.

The Fish TV crew packed up and headed up to the French River to film a new episode. The area has so much to offer and the fishing is second to none, with world-class muskie, great walleye, crappie and a great number of big smallmouth and largemouth bass.

We always love the Bear’s Den Lodge our home away from home. The accommodations are fantastic and our wonderful hosts, Art and Brenda, prepare homecooked meals that are to die for! You will never go hungry, that’s for sure.

We have done several shows on the French River and every time it has been great. This year we hit a cold front and some rain but it still produced fish... largemouth was the target and we did get quite a few, even a couple in the four to five-pound range. If you are looking for an experience of a lifetime with good fishing, delicious food and fantastic people, look at Bears Den on the French River. You won’t be disappointed!

Plan a Fishing Trip in Ontario
>

Leo Stakos is the host of a national television series, Fish TV, which has been on air over 10 years, allowing him to host several outdoor industry events and star in television commercials, which led to Leo being nominated for nine Golden Moose TV awards, winning best salt water episode/show in the country. Use These Tips on Your Next Ontario Fishing Trip The Wild Trout of Ritchie Falls

Home to numerous lakes and rivers teeming with wild brook and lake trout. Five Ontario Fisheries Everyone Should Visit Lac Seul is known for big fish of all species. Salmon Of The Soo

Fishing for Atlantic Salmon on the St. Marys River. An Outstanding Resort for Fishing and Families